Truth be told, I'd rather be Rudolph than Chocolate Chip

Well, well, well, here we are again. A mere eight years ago I wrote this:

I left work early yesterday. I was walking around like a hunchback because of terrible stomach pains. Then came the fever and chills. I was green. When I got home my husband Chuck was on the phone. I heard him say, “Mrs. Mullet’s sick again. Me? I’m fine. Never felt better.” I think he even whistled. Smug shit.

I've had a cold since Tuesday. It's the same one that's been circling the house since before Thanksgiving, infecting the children, the schools, the grocery stores, the babysitters. My babysitter. I thought I was impervious this time but on Tuesday, when I brought Cam to Chuck's office so I could sneak away to a quick meeting, my throat was scratchy AF.

I told Chuck as much when I got back, and he announced proudly "I feel juuuuuust fine."

"You'll get this too!" I hissed, spinning on my heel and leaving with Cam.

On my way out, one of his co-workers — a woman Chuck's co-workers affectionately call Chocolate Chip because she has so many little newts on her face and neck — stopped me in the hall and asked if she could have a minute. 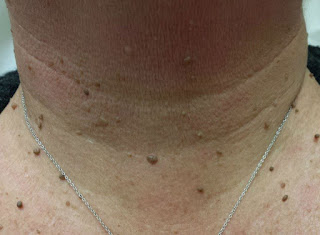 Immediately my heart started pounding. When one of your spouse's co-workers asks for a moment in private it can only mean one thing: your spouse's penis has been canvasing the office building.

"I wanted to show you something," she said. "This is a little awkward..."

Dear gawd. I held my breath.

She handed me Chuck's coffee mug.

"Chuck never cleans this," she said. "He just pours new coffee on the old coffee from the day before." She pointed inside. "Look, there's mold." 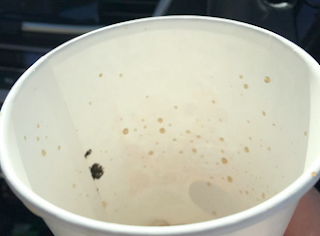 I smiled at Chocolate Chip. "If he's made it this far, I'm sure Chuck will be juuuuust fine. But it's sweet of you to mention it."

So that was Tuesday: learning that my husband's hygiene is causing people concern (but at least not his penis) and coming down with a cold.

And now it's Saturday and I've been binge watching Hallmark holiday movies and blowing through tissues like a madwoman because I am still mother effin sick.

So sick I had to miss out on Chuck's cousin's Christmas party tonight.

Chuck took the three kids to the party and left me to revel in solitary confinement with my mucus. He did call me, though, to say he missed me. He even put me on a video chat so I could say hi to everyone. Halfway through my garbled greeting one of Chuck's sisters started to laugh and said, "Look! Mrs. Mullet's nose is so red!"

There was loud laughter.

Email ThisBlogThis!Share to TwitterShare to FacebookShare to Pinterest
Labels: chest newts, colds that won't quit, I don't look like Rudolph, kids give you their germs, moms with colds, too many newts

I did something kind of stupid.

Despite the ick feeling I had in my gut, I took a preliminary writing job for Mr. Gray. He's the employer I interviewed with back in June who was concerned that, because I have children, an emergency might arise while I was at work, thus making me an unreliable/shitty employee. I never did submit a writing sample; instead he decided to give me a press release to write, with no deadline.

After he emailed me the contacts' names and phone numbers for the release he wrote, "I'm counting on you!"

No sooner had I hit send email than Cam walked into my room, clutched his stomach and puked all over the floor. That delayed my writing for a few days because, as luck would have it, the other two boys got it within 24 hours. (I should have known to run the other way when I was dropping Cam off for pre-school and one of his classmates was yacking on the sidewalk. Rookie move!)

At least I'd laid the ground work: I'd done my research on the topic, emailed and called my sources and started to shape my story.

As soon as the boys were back on their feet, I rolled up my sleeves and got to work. Except that I had two freelance jobs that had been sitting on the back burner. As soon as I finished those I could get to work on Mr. Gray's release.

Then the sitter started throwing up. My mom too. Then Chuck.

Childcare became a mirage in the desert. 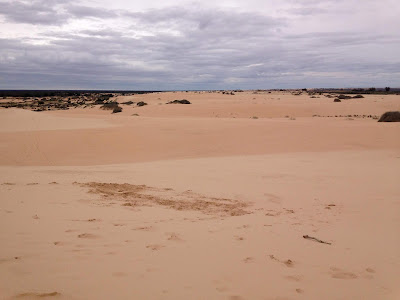 Finally! I finally had time to write the release.

Then my eyeball started to ache. Then it stung. Then it felt like someone was stabbing it with a dagger. When I looked at a computer screen it only felt worse, so I covered the bad eye with an eye patch from one of the kid's Halloween costumes and typed as much as I could. 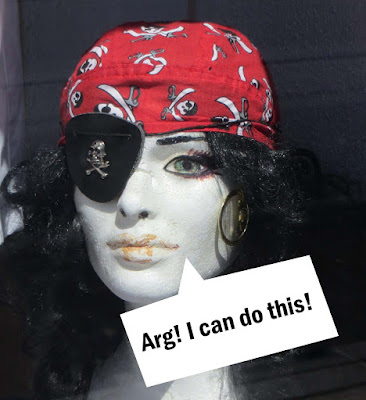 "Rest your eye," Chuck ordered when he caught me wincing at the computer in my pirate patch. He shut off my computer and walked me to bed. I was asleep by 8:15 p.m.

When I woke up the next morning my eyelid was swollen shut, and the skin around it looked like a football.

"Agh!" Chuck cried in horror. "You're going to the doctor!"

By that time, light hurt my eye too, and of course the day was cloudless, so I grabbed what I could from the car to cover it — which was, of course, a reusable shopping bag (at least it was clean) — and put it over my head. We live an hour from our in-network eye doctor; thank you Affordable Care Act. I half expected someone to glance over on the highway, see me with a bag over my head, and call me in as an attempted abduction, but we arrived unbothered.

"You have what could be a fatal eye infection," the eye doctor told me after he examined me. "If the infection goes to your brain that's it for you."

But I have a press release to write, I thought to myself. The doctor wrote me a prescription and told me to come back in two days.

I asked Chuck to email Mr. Gray from my account and explain I had a life-threatening illness but that the release was 90% done. A few days passed. My eye improved. Mr. Gray didn't reply. A few more days passed; my eye was almost completely healed. Still no word from Mr. Gray. Even though it still stung to look at the computer, I finished the damn press release.

I was about to email it to Mr. Gray when I saw that the local media had written a story about the very topic of my press release. Using the same sources. Touting the same product launch. Then I understood: Mr. Gray had wanted the release pre-launch and he'd wanted me to sleuth out the launch date to see how much I'd been paying attention. To see how with it I was.

But I wasn't with it. Oh no, I was as far from with it as your earlobe is from your ass crack. I had crawled out of a vomit hole and I'd worn a pirate patch. I'd driven on the interstate with my head in a shopping bag.

I'd been exactly the person Mr. Gray had believed I was: someone who is derailed by motherhood's emergencies.

I sent him the release anyway. I didn't charge him, and I never heard from him again. I guess I could have listened to my gut, and said "no thanks" after my strange interview. Instead I had to listen to my eyeball.

Seriously, if all of your body parts are telling you the same thing, it probably wasn't meant to be. And man, this really was not meant to be.
at December 02, 2018 No comments: