The wheels on the bus...just don't go 'round and 'round some days 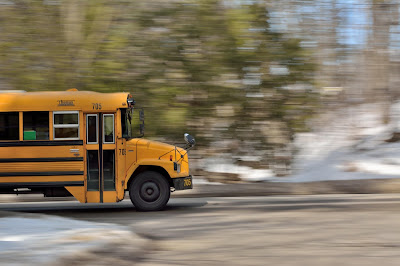 "Sure, your son can come over tomorrow morning," I told my neighbor. Her son Dylan rides the elementary school bus with my son, Everett, and she sometimes needs to leave for work before the bus comes. On mornings Dylan doesn't come over, I drive Everett and his brother Cam to the elementary school, where they're both enrolled.

"Of course," I assured him.

Five minutes later Dylan alerted me that the bus line had ended.

"You can walk in with us through the pre-school entrance," I said breezily. Why is this kid so fixated on the bus line, I wondered. 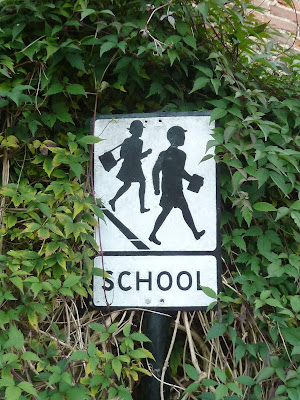 We arrived at the elementary school and, like every morning, I encouraged everyone MULTIPLE TIMES to exit the car. It was now 8:25. We were on the verge of late. Everyone climbed out but Dylan. What is up with him this morning, I wondered. I waved to him from the car. "Come on! We're here."

He got out of the car but didn't bring his backpack.

He looked at me like I was crazy, but got his bag.

"Why weren't you going to bring your bag in?" I asked.

"Because I don't go to school here!"

"Yah, I'm a grade higher than Everett," he said. "I go to the intermediate school."

I smacked my forehead. Spectacular.

As I walked Cam to his pre-school class, with Dylan trailing behind me, some of Dylan's former teachers recognized him and said hello. They looked at me — the woman who wasn't his mother — quizzically.

"Long story," I said with a big smile.

After I'd dropped off Cam I drove Dylan to his school. "I wonder if they'll let me sign you in tardy if I'm not your parent?" I wondered aloud. He shrugged his shoulders.

Luckily they did — after his mother confirmed via phone I hadn't abducted him for the morning. But it was now 8:45 a.m. and I needed to be back home for a 9 a.m. conference call. I jumped into the car and turned the key and...nothing. Then, the wheel locked. 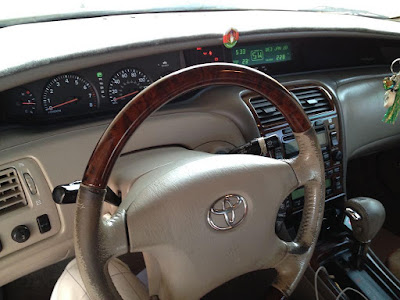 I Googled "locked wheel" and uncovered a trick for unlocking it so I could get it out of Park. As I did so, the car rolled backwards into the parking lot, which is also the bus lane. I slammed on the brakes but it was too late: the car was in the middle of the lot.

At first, people trying to leave thought I was still in the act of pulling out of a spot, so they waited patiently. Then they honked. I waved them past. Then they got creative about going around me.

I called Chuck, who, by some act of God, was at home feeling sick and therefore still able to come to the rescue.

"Didn't you leave an hour ago?" he asked.

"THAT ISN'T IMPORTANT!" I cried. "I am in the middle of the parking lot. A line is forming. A long line." 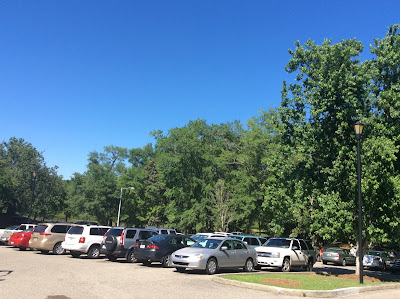 Ten minutes later, he showed up. As I stood outside waiting, I shrugged apologetically to the people in their cars and made stupid, clownish faces of contrition. Most people ignored me or worse, glared. Suddenly, our car bellowed to attention, and Chuck pulled it back into a spot.

"What the FUCK did you do that I couldn't?" I asked him when he got out.

"Don't turn the wheel so much when you park," he said. "I have to get to work." He kissed me on the cheek and drove off.

I looked at my phone: 8:59 a.m. I jumped in the car and drove 100 mph home, raced onto my computer and dialed into the conference call. I tried to temper my heavy breathing by pinching my leg until it hurt a little.

"And how is your morning so far?"

Email ThisBlogThis!Share to TwitterShare to FacebookShare to Pinterest
Labels: broken down in parking lot, kids on the bus, tardy to school
Newer Posts Older Posts Home
Subscribe to: Posts (Atom)