And then there are the double digits... 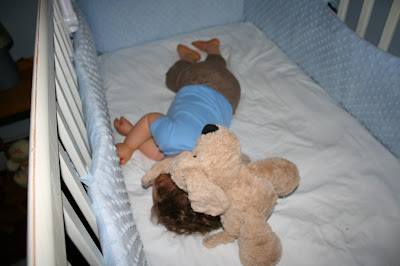 Junior turned 10 this week. He's my first kid to hit the double digits. His feet are larger than mine. I constantly mix up his underwear and Chuck's. I find myself looking straight across when I talk to him instead of down. He will not leave the house without deodorant.

It's all very disconcerting.

Where did the baby go? The toddler? The pre-schooler? The kindergartner? I mean, what the hell?

Junior is the reason I have this blog. Back in 2008—!!!—motherhood felt lonely, like a party I wasn't invited to, and I needed an outlet. I'm so grateful I have it. It's so easy to forget all those little moments (the syrup post is still my all-time favorite). Sigh. In some ways it feels as if a lifetime has passed. In others, mere days.

Junior's name has been massacred by two younger brothers now. He's been Jager and Say-ga and Jeta and Saya. He's used to having younger brothers jump out at him and karate chop him—frisky puppies playing with the big dog. Just the other day he was lying on the floor reading, minding his own business, when Everett and Cam both pounced on him, then rolled off.

They're damn lucky he's the oldest. He's got more patience than I ever did. When he talks to his brothers—"We don't cut lamp cords with scissors, Cam. And how did you get scissors? Everett, did you not put your scissors away again?"—I can imagine the kind of father he'll be someday.

If he's not too traumatized by having siblings to procreate.

When Junior is sick and he groans like an old man from the couch, then hobbles to the bathroom so he can clutch his stomach in front of the mirror and say, "I need a bland diet today," I pray that his spouse will be a patient person with a sense of humor. 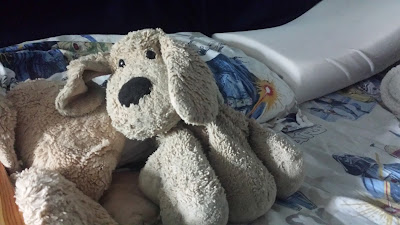 There are subtle changes that accompany the double digits. Junior still has his stuffed dog, but it doesn't follow him everywhere anymore. It doesn't even leave the house for sleepovers. In fact, it only comes downstairs if he's sick on the couch.

And there's an awkwardness that wasn't there before. Sure, he and Everett will snatch my bras from the clothes basket and put them on their heads, then run around pretending to be coneheads, but Junior pauses now before he hugs me, aligning himself so our chests don't touch. He's convinced he has two armpit hairs. He wants to know about puberty. (Chuck, that's all you.)

For as much as I might lament the passing of time, I am really happy about all of this. Junior is a stand-up guy. He's compassionate and empathetic. He's bright and charismatic. He makes me believe in a brighter future. Sometimes I look at Chuck and think, holy hell, we didn't fuck this up! Other times I look at Junior and think, holy hell, you're going to tower over me someday! Then Junior catches me watching him and asks, "What, what, what, WHAT, WHAT?" a million times because the kid cannot let anything go.

Anything (and again I pray that his spouse will be a patient person with a sense of humor).

Happy birthday, Junior. I love you to Jupiter and back. The moon just isn't far enough.
at July 20, 2017 No comments:

My brother Ted brought Chuck a bottle of whiskey for the fourth of July, which they quickly cracked open (here, guys, let me just get that pesky toddler out of your way). While they were oohing and aaahing over its smoothness, my eyes rested on the box in which it came.

The world suddenly fell away.

"What's up with her?" my brother asked.

What was up with me is that a woman was staring back at me—okay, she was staring off into the distance—and she perfectly captured the way I feel as a mother. 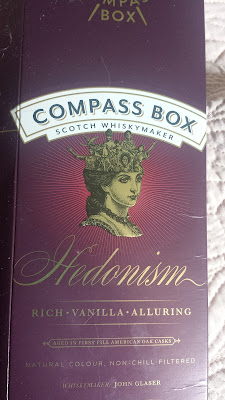 This is me. Every day. Trying to look stalwart and steady while little people stand inside my brain and ravage it. And, yes, a little miffed, hence the slight upcurl at the side of the mouth. As if to say, "Really guys? Jumping off the sofa again? And did you really have to pour blue food coloring into the dishsoap? And why on Earth are there wet pieces of toilet paper stuffed into the light socket?" 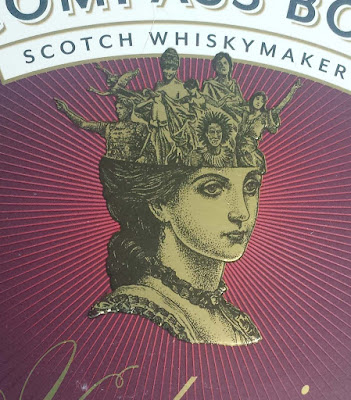 This woman is my hero. My kindred spirit. My soulmate. I love her. Just knowing she's on that box, calmly selling whiskey while people trample her brain, makes me feel like maybe things are going to be okay.

(A few shots help too—that's where the hedonism part comes into play, because it's certainly not derived from raising children. Pleasure, yes. Hedonism, no.)

The company, Compass Box, explains that "The inspiration behind our whisky HEDONISM is just that – pleasure, enjoyment, a celebration of that ideal marriage" between distilled spirit and blah blah...but really, I wonder if there isn't more to it. I wonder if there isn't a little whiskey maker out there somewhere who was whiskey making while he watched his wife tend to their children and who said to his logo maker, I'll call the whiskey Hedonism because Brain Annihilation just isn't sexy enough but can you honor my wife somehow on the label?

And there she is.