Screw you and your damn gingerbread houses

Well, my pets, soon two lucky people will be in Snuggie Heaven. While you hem and haw over who those two people might be, take a fricken gander at this. 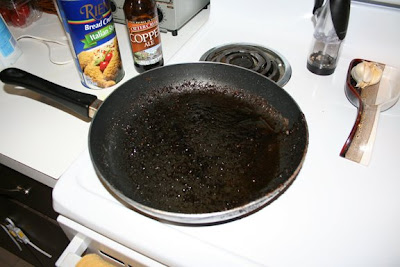 NPR, this is all your fault.

I was washing sippy cups this fine evening—now my favorite pastime—when a program about childhood obesity came on. While I was listening and scalding my hands, visions of people’s blogs started running through my mind—more specifically, blogs belonging to women who are posting pictures of their homemade advent calendars, cookies, lemon bars, and crafty what have yous. The stuff is pretty and the women know it, otherwise why would everyone and their mother be writing about them?

Anyway, one of the people who called in to the NPR show started talking about how all these poor fat kids are coming to school with prepackaged lunches and how the lack of parental meal planning is a major contributor to the extra pudge.

And that’s when I saw him: Junior, 2018. A 500-pound third grader who can’t bend over to tie his own shoes. His nickname: Junior Whopper. All because I don’t know how to cook and I send him to school with Oscar Meyer Lunchables. Day after day after nitrate-ridden day.

I threw down the sippy cup and picked up the eggplant that’s been sitting on my counter for an entire week and I thought, tonight is the night. Chuck’s working late, I’ll surprise him with homemade eggplant. I’ll channel all the crafty maternal know-how that’s percolating in the blogosphere and I’ll make it work.

Halfway through my eggplant endeavor, I started drinking and stopped giving it my best. Maybe it was the rising smoke or the succulence of that third Otter Creek Copper Ale. Maybe I just couldn’t shake the vision of my baby lumbering down the hallway, getting pegged in the head by spitballs spat by other people’s children—children of parents who can bake, macramé, and Chia pet. Yah, that’s a verb (I swear to God if the Chia pet people read this and send me samples I will scream!).

So fine, I can’t blame it solely on NPR. Clearly the eggplant people should start labeling their damn produce with cooking instructions. Or maybe Oscar Meyer can start doing Velunchables made from carrots and green beans and save me from having a catastrophic meltdown.

Speaking of meltdowns, I have a pan to soak and a 6-pack to finish. Oh, and I need to wake up Junior so he can pick a winner. I'm surprised he slept through the smoke alarm...well, tonight's smoke alarm anyway.
at December 16, 2008

Email ThisBlogThis!Share to TwitterShare to FacebookShare to Pinterest
Labels: I mean that in a really nice way

I always enjoy your rants, my sweet. But there simply is no disguising your inner beauty. It shines right through your Piss and Vinegar (PnV) posts.

Damn you for melting my icy exterior. Damn...you...

Kids get used to sleeping through what they hear all the time.

I can't cook eggplant, either. Also, I can't cook healthy, because, well, it tastes like ass. And I'm a better baker than I am a cook. So Xander will be just as heavy.

Hopefully there will be a pill by then.

Who can cook eggplant?!? Go bundle up in your Snuggie and finish off your liquid dinner ! LOL You can buy a new skillet pretty cheap too :) (I hate scrubbing!!)

(If it helps at all, a friend of mine has a cooking blog, and all the recipes are EASY! www.whatsforsuppr.com ) --- she and her kids just MADE wrapping paper today. You'd love them. ROFL

What happened? It looks like a mishap of nuclear proportions! LOL I am so sorry but that is funny. Next time slightly saute and then bake the eggplant that might work better for you. Uh oh. Do I sound like one of "those" bloggers? LOL

Dishpan hands, my dear? Just not worth it. Bring on the lard!

THAT was GREAT! Loved it. Thanks for my best read for today!!

You're burning egg plant? I'm not even sure I know what that is.

Um, my trio are in grade school, had chocolate chip cookies for dinner and are not over weight or teased. I think you'll be okay....

OMG--you are a scream! *belly laughs* (Eggplant--the name gives me shudders... I didn't know people really ate that??) Whatever, you seriously crack me up!

Ohhhh.. I intensly dislike those parents who can "bake, macramé, and Chia pet." Actually I didn't know Chia pet was a talent, let alone a verb.. (I once had a Chia pet when I was 12, sadly it never Chia'd) The image of "Junior Whopper" as a 500 lb third grader.. Too funny.. And I completely back the commenter who suggested just buying a new skillet... A couple of years ago, I very sadly found myself with no pots and pans, having thrown all of them away one by one rather than washing them... I was further saddened when I realized that I no longer had to cook, what with no pans.. Very sad indeed..

I have an award (that you don't have to pass on) on my blog--just for you :) Thanks again for the laugh--tee hee!

that was damn funny!!!

Well, you're not the only one who hasn't been crafty. Come on over and behold no cookies, no crafts, no nothing! We do have a tree up but that is only because my girls are older and they can do it while mother plays on the laptop.

I once made a gingerbread house and it looked condemned.

I always love your posts!

Also, I cannot cook or deal with eggplant. Why is it called that anyway? Egg + plant = no thanks.

Now that was funny! Thanks for the laugh this morning, I needed it! ;)

AWWW Shit!! I missed the giveaway?! And if you ask my sil, the reason her kids are so healthy and rarely get sick is from all the preservatives in McDonalds Happy Meals.

I had to laugh about your ideas for kids' lunches. Do you know what my kids take to lunch? One takes crackers with cream cheese on them, the other takes a tortilla wrap (bought, not homemade), shredded cheese and grapes (all of which end up on the tortilla). I cook healthy meals and the kids wont eat them (all you need to do it throw everything into a crock pot).

Don't worry about Junior. I am sure he will turn out fine, lunchables or not (and maybe he will be like my girls who wouldn't eat lunchables if they were starving). As for Chia Pet, I was just thinking, I wish someone would give me one for Christmas. I have a black thumb so I doubt it would grow, but I have great aspirations.

I laughed out loud at the "Junior Whopper" taunt...really...

And eggplant is like the most uncooperative veggie to cook ever...I steer clear of them and stay with things I can just "steam" in the microwave :)

You are better than I...eggplant is totally a foreign object to me.

We cheated on the eggplant. I sliced it in big chunky strips and made my husband put it on the grill. (I saw this done in a Japanese noodle house!) It actually wasn't too bad. (Please note, *I* was not the one doing the cooking.)

This is my first visit here... your blog is HILARIOUS. I'm planning return visits!