Kiss me! No, never again! 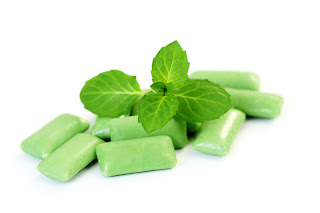 Yesterday was Junior's last day of kindergarten. It's been a long year, full of lopsided attempts at writing and sentences that made me laugh out loud. The teacher was big on having the children keep a journal and sound out their words, so I saw a lot of stuff like "brte" (birthday), "prizit" (present) and my favorite, "My gremee is heer."

So endearing. And yet so visually atrocious.

The year was also full of bus strife, which I'm happy to see end. Junior shared a seat with two girls, also kindergartners, who were merciless in accusing him of having morning breath.

(I can just imagine the morning conversations these girls must have overheard between their parents:

Father: "No! Your breath is rancid!"

Father: "Yes, but your morning breath makes me want to vomit! I'm leaving you."

Or something along those lines.)

Junior was heartbroken over it: "Mom, I'm such a nice guy! And I brush my teeth! And I don't have any cavities! Why won't they leave me alone?!"

Finally, we nailed it: As Junior waited at the bus stop he chewed mint gum. He had a napkin in hand so when the bus pulled up he could spit it out. As soon as he sat down, he exhaled into the faces of the little girls and exclaimed, "Ah, minty fresh."

The teasing stopped for awhile, but every so often it would rear its ugly head and we'd have to return to the gum-at-the-bus-stop routine. A First World problem, yes, but when your kid's in tears and he hasn't even gotten dressed for school yet—"I hope they leave me alone today, Mom"—you quickly find yourself consumed by it too.