I had to know: Is it worth the orgasm?

I have a fear of QVC, and it's a little conspiracy theory-ish. Are you ready? There's a small part of me that believes the QVC spokespeople are all bots with little chips that send waves to your brain and that if you linger on the station for just a moment too long, they zap into your brain and convince you to buy shit you normally wouldn't.

Don't believe me? I have two words for you: Quacker Factory. 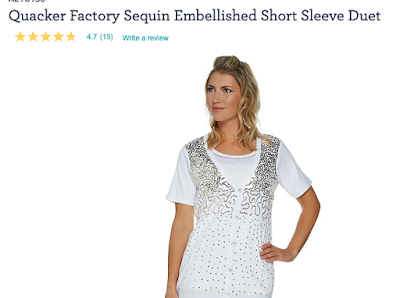 Over the years I have succumb to a few impulse purchases. There was the purple eyeshadow incident. A few IT cosmetics here and there (I love their waterproof under-eye concealer — handy because I snorkel constantly in Connecticut and still want to look perdy — but their light powder concealer makes me look like Data from Star Trek). Some Clarks shoes. A Total Home Gym after I'd been drinking... 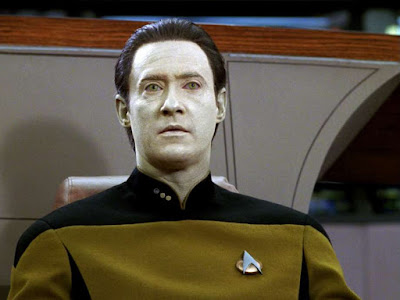 Anyway. I've been patting myself on the back for a while now because even though I've watched Josie Maran peddle her pure argan oil products with orgasmic enthusiasm — puuure, argan oil, ooooooooo yeeesss — as she slathers herself with oily, reckless abandon, I have resisted buying them.

Alas, I have a confession. A few weeks ago I succumbed to Ms. Maran. I was flipping past QVC and I lingered too long on the segment for the 8-pack of Whipped Argan Oil Body Butter in assorted scents for $70. Mesmerized by all the promises of dewy, goddess-like skin and Maran's scintillating repetition of the word "juicy," I texted my friend and said "Should I?" and she wrote back "YOU WILL LOVE IT."

I hit the purchase button, and a week later it arrived (it's not missing one, I took one out). Now I'm here to tell you, from the other side of I've Tried It-ville, about my experience so that I may help you, if you're vacillating and unsure, like I was, about this puuure, argan oil body butter. Is it worth it?

It's substantial, but not goopy, and it smells kind of wonky, especially the Lilac. As in, "Hi Grammie!" The Milk and Honey scent is okay. It's a sugar-frenzied smell that wavers somewhere between baked cookies and frosting on crack. I now understand why so many people prefer the Unscented.

The body butter is light and whipped all right. So much so that big cavernous holes exist in the tub. And it doesn't instantly absorb unless, maybe, you apply a pea-sized amount, which seems to go against Maran's mantra of slather, baby, slather until you shine like the top of the Chrysler Building! 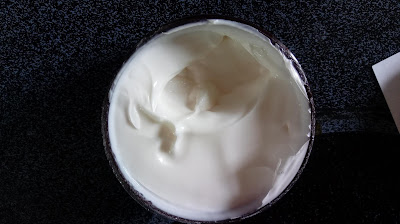 I'm disappointed to find that I don't feel decadent and amazing putting it on, like Josie promised — Ooooh, gawd, yeeesss it's sooooo luxurious — instead I just feel like I'm putting on moisturizer. Maybe I didn't drink enough first. Maybe you have to be halfway to shit-hammered to enjoy spending 30 minutes rubbing Juicy Pear onto your skin. But I read the instructions, and there's no mention of vodka. They just say to put it on when your skin is dry — no shit, it really says that: 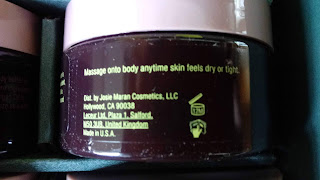 I've been using the body butter for a week and my skin doesn't glow, and it doesn't feel buttery soft. It just doesn't feel dry. The same results are easily attainable by Curel or Nivea, but I guess if you buy chemical laden creams you can't feel good about helping to sustain all the Moroccan women who hand peel the argan fruit and grind the nuts to tease out the puuure, argan oil.

There's always a trade off.

Price-wise, it was a decent buy, so I guess there's your yes to buy it. Seventy dollars for eight 4-ounce tubs is about $8.75 per tub, which is sort of / kind of / not really okay considering most commercial brands retail for upwards of $10. And Maran promises it has a shelf life of forever, so it looks like I'll be body buttering myself into my eighties — slathering in between my wrinkly folds, culling out my inner, yet senile, goddess.

From night lights to Fortnite: I need like 10,000 more tissues please 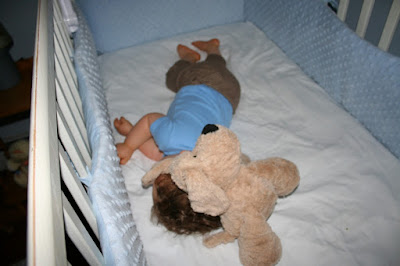 I swear, watching your kids grow up is so fucking hard.

I thought it would be easier because Chuck and I are cool and hip, despite the fact that 50 is quickly encroaching.* We strike that perfect balance of discipline and freedom. We don't yell — a lot — and we let the kids know 50 million times a day that lines of communication are open.

We are the parents who say, "You can tell us anything." And we mean it.

(And we have learned many disturbing things about body hair and anatomical exploration fueled by innocent curiosity — thankfully only involving one body at a time.)

Then there we were last night at Junior's chorus concert. It was over, and everyone was congregating in the foyer. Junior saw his two best friends and picked up the pace. I asked him to slow down so we could get pictures with his brothers and grandparents.

"But my friends are going to leave," he said.

"But you're all dressed up, and I want to get a picture of you and your brothers."

He looked at Everett and Cam and scowled. Everett, at eight, is still happy playing make-believe and coloring. He has become obnoxiously uncool to Junior. Cam, who is four and stubborn and obstinate and independent and pushy and forthright and doesn't acquiesce to anything, throws a somewhat tightly wound Junior into high alert.

"Do I have to?" he sighed heavily.

As I clicked away, Junior looked downright morose. Everett and Cam bickered on either side of him over a stuffed monkey and who was going to hold it.

I adopted the tone of displeasure.

I just wanted a nice picture. JUST ONE NICE PICTURE HOW HARD CAN THAT BE, GUYS?

By the time we were done, Junior's friends and parents were starting to disband. Thankfully one of the mothers got a photo of the three friends and shared it with me. When I looked at it — shocker — Junior was beaming.

Still, I didn't put two and two together.

"Why do you still look so blue?" I asked Junior. "You got to see your friends. We even got a picture!"

Then, at 2 a.m., as I lie awake strung out on Sudafed for my allergies, I thought back to my own middle school years. As much as I remembered my parents, what I remembered more was my friends.

I heard myself from earlier that night, telling Junior not to rush to his friends — not to leave us behind. I heard myself scolding him for not staying with his brothers for the perfect picture when the truth is, I have a million pictures of the three of them together.

It's not about him and them anymore. It's about him and his friends, and this is just the beginning of him leaving them, and us, behind.

But man, that day you walk into their bedroom and find their favorite stuffed animal on a ledge instead of in their bed? The one that is ratty from being covered in baby slime and spit-up, that's been washed and dried so many times its fur is knotted? The one that used to go on sleepovers and cause sheer panic if its location was unknown?

That, uh, was a tear jerker moment. 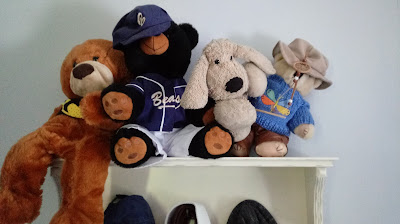 I know it's normal. I know it's part of the cycle of life. I just didn't think it would be this hard. I will say this: After years of feeling wretched guilt that the boys just wanted me — I used to have to hide behind the couch so Junior wouldn't see me — it is sweet restitution to see Junior seek out Chuck for advice, company, male camaraderie — and for video gaming advice.