Anywhere, ok? Just stash that shit wherever you can.

We've been living in our new town for just about four months and let me tell you, this transitioning business is dicey. Cam, our four year old, has settled in nicely with his new friends at school, but I saw that coming. I wish all friendships could be as easy as Hey, I like blue dinosaurs and pick my nose too, wanna be my best friend? 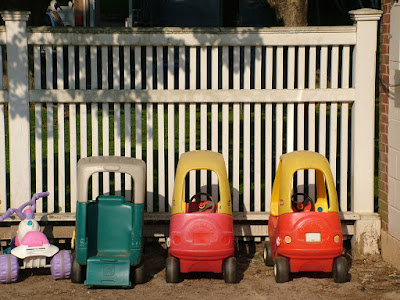 Everett, our eight year old, has settled in too, though the first few weeks of school were rocky. He missed his best friend. He didn't know who to sit with at lunch. He played alone at recess. 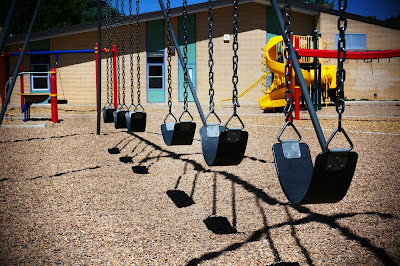 Thankfully that's all evening out.

Junior, in middle school (that gut-wrenching, unforgiving cesspool of hormones, popularity, acne and homework), is the one struggling. He, too, misses his best friend and hates lunchtime and the cafeteria. 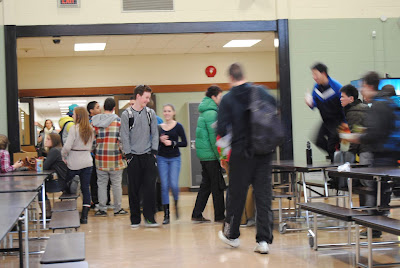 "I don't matter to anyone," he told me and Chuck last night. There were tears. "I don't know who to sit with. No would notice if I never came back."

He thought he was in tight with a group, but suddenly he didn't have a seat, and no one seemed to care. My heart broke.

I moved in middle school and remember all too well standing by the entrance of the cafeteria, wondering who the hell to sit with. I felt invisible. Ditto for transferring from one college to the next. And for starting new jobs and meeting new parents at birthday parties and play dates.

Even now, as a freelancer, I'm that transient person who is sometimes on-site, sometimes included in staff meetings or parties. I joke to Chuck that if I didn't show up for a few weeks, no one would notice. And it's true. I did show up one morning to find the office empty. They'd planned a staff retreat and forgotten to tell me. 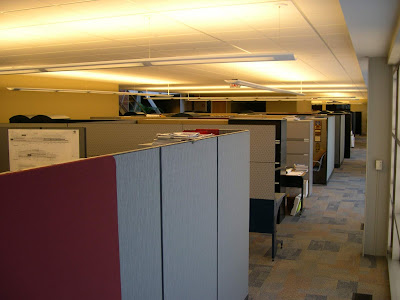 Juxtaposed against — and exacerbating — the sting of unfamiliarity is the cushy, soul-affirming goodness of being known. I didn't realize how much I've been missing it until a few weeks ago, when I went back to our old house, which we finally have on the market.

While I was there, my neighbor stopped in and hugged me. Really hugged me. She asked about my kids and family. Another neighbor stopped by to tease me about my summer wreathe still on the front door. It was easy and fabulous and so different than the shallow and sometimes strained conversations I have with the mothers at Cam's preschool, who, like Junior said, might not notice if I never came back.

It's going to work out, I know. Junior needs to build history with his new classmates. I need to build history here too. Make memories and share experiences. Join clubs and play sports. All of that takes time, patience, vodka.

So much vodka. Maybe Jello shots too (for me, not for Junior, hello). 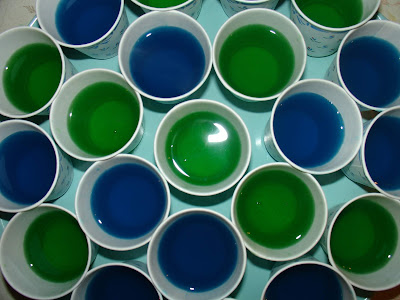 I can't help but marvel over how our children's struggles mirror our own and how they look to us, as we are floundering — like desperate fish on the shore — alongside them, for guidance. I want to yell, "Hell if I know!" but I can't, I'm supposed to know shit.

It's all part of the human experience, but damn if it doesn't hurt. And damn if I haven't been having reoccurring dreams of my own middle school traumas, especially now that Junior has discovered Axe body spray. If I close my eyes, I'm back in the gymnasium, slow dancing with my sweaty crush who dumped me two dances later for a girl who would go to second base. 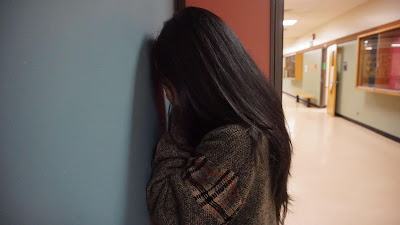 I wouldn't do middle school again for a billion dollars. I tell Junior that. Chuck tells him that too. Even as Junior is crying and hugging us and he no longer fits in our arms because he's taller than us, we tell him, we promise, it'll get better.
at December 19, 2019 No comments: