A few weeks ago Chuck and I threw the three boys into the car and drove down to Florida. We'd been thinking about going but couldn't commit to a set date because Chuck had a kidney stone he needed to pass. On Thursday morning I sent my mother a text (she and my step-father wanted to follow us down): "Chuck gave birth to a 4 mm stone! Trip's on!"

The first day we drove 10 hours, stopping at 1 a.m. to check into a fleabag motel off the side of the highway. We moved rooms twice: once because the smoke alarm wouldn't stop beeping and again because an alarm clock wouldn't stop alarming. Finally, at 2 a.m., everyone was settled.

Due to lack of sleep and sore ass from the road, everyone was in a shit mood the next day but we made it to Savannah. Ah...Savannah. Lovely. Gorgeous. Complete with a walkable square full of stores, ice cream shops, horse-drawn carriage rides and live music. I slugged three drinks and chased Cam around the square while the older boys danced and laughed. 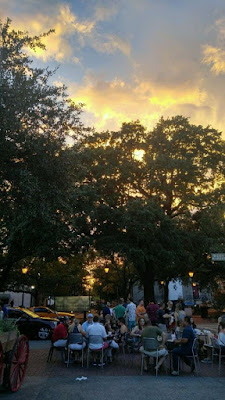 It was perfection (no really, it was perfect)--until the lack of sleep hit Cam like a thunderbolt.

I put him in the stroller and offered him ice cream but he knocked it out of my hand and onto a passerby's foot (an understanding passerby, thankfully). Then Cam kicked and wailed. People stared. He thrashed and yelled. People gawked. It's been awhile since one of the kids has had a full-on public meltdown. It sucks. I admit it: I panicked. I raced off down the street with him.

Humidity + stress + vodka  + Chuck yelling "That's the wrong street! You're going the wrong way!" as I sprinted off into the sunset = Junior waking up, sniffing the air and asking, incredulously, "Mom is that you that stinks?"

The next day we arrived at our hotel in Orlando--freshly showered. We had booked at the last minute at Floridays Resort, choosing it based on its pool, which appeared to cater to older kids and toddlers (read: I was not going to chase Cam around a deep-end-only pool for a week) and because it wouldn't break the bank. 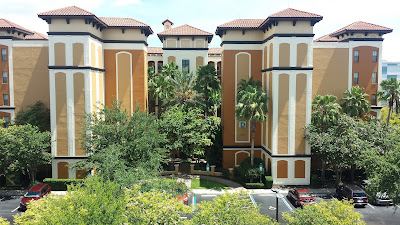 I can't recommend it enough, despite the shitty, bouncy bed Chuck and I ended up on. (Side note: When you share a family suite with your kids and parents on vacation, the only reason your bed bounces is because of shoddy springs. Sorry Chuck!)

We hadn't booked tickets at any of the theme parks because we had family in the area, and that's mainly why we went to Florida, but we did want to attempt a park. Even though it was 95 degrees with 100% humidity. Even though we didn't have the stupid effing Fast Pass everyone said we MUST have. Even though we had a toddler...we spent the $20,000 and bought six tickets to Universal (hooray, Cam was free), mainly because Junior and Everett wanted to see the Harry Potter exhibit. 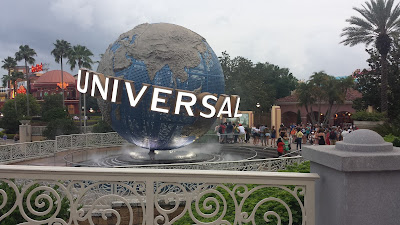 So there we were. Two 80-year-old grandparents. Two forty-something parents. A 10 year old. A six year old. A two year old.

Email ThisBlogThis!Share to TwitterShare to FacebookShare to Pinterest
Labels: drive to Florida, trip with grandparents, Universal with a toddler