This post is what’s known as a mental vomit 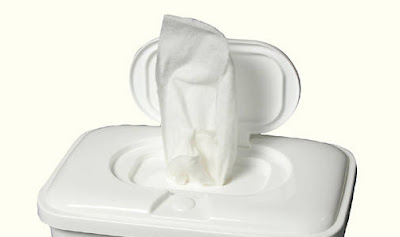 Chuck is really freaking me out lately. If he were a superhero, I would call him Wipe Man. No, not because of this. Because every fricken time Junior has schmootz on his face and I reach for a wipe, Chuck beats me to it.

See, now, I thought it was the mom’s job to be the wipe master.

Before you get on your “You’re a sexist ass for calling mothers the sole proprietors of wipes” kick, let me tell you something: Chuck’s dad already beat you to it.

We were at his house over the weekend when Chuck pulled his Wipe Man stunt and I yelled, “What the heck? Mr. Mom keeps beating me to the wipes!”

Chuck’s dad started laughing; I thought because he found me so comical, endearing, sympathetic, lovely, etc., ad nauseam. Do you know what he said?