A long time ago in a galaxy far, far away, you were born

Yesterday was Chuck's birthday. It started off horribly. Junior woke up and had a fit because I turned off the light in the hallway, not him. Chuck groaned because he was 38. He refused to leave the bed. I had a fight with my ass, which keeps growing without my damn permission.

Then the realtor called and told us a family wanted to see our house at 2 p.m.

Good God. The house was a disaster. Chuck got new cat litter made of sawdust, so there were wood shavings on the floors. We've started packing; there are boxes everywhere. 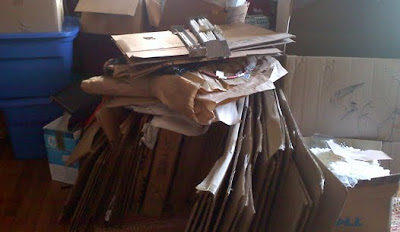 And the dust balls. They'd bred and grown into dust sheep.

But of course we said yes. The casino near Mulletville just laid off 500 workers, some of them Chuck's friends. No one is looking at houses in Mulletville.

Chuck and I each took a floor. He painted the front entryway. I vacuumed. Junior...I don't know where Junior was exactly, but when we were finally done three hours later we found him by the front door, pointing and shrieking that there were people waiting to come in.

The people stayed for 30 minutes. I'm no math whiz, but our ROI ain't lookin' so hot.

After they left I gave Chuck his birthday card. I hadn't had time to bake him a cake. Last year I'd given him a brick and a ghostly party. I felt kind of bad.

Chuck gave me and my ass a hug and said it was ok. There was nothing he needed. I got misty. He pulled me to the side to give me a big smooch, or so I thought.

"You found it!" he said excitedly, detangling himself. "I've been looking for that for ever!"

I turned and saw 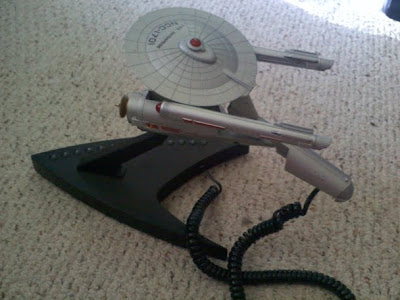 Boys will be boys! Happy Birthday,Chuck!
I hope that you are feeling well too :)

Happy Birthday to Chuck.
I hope your house sells quickly in spite of the current market.

How could you lose such a precious commodity??

I hate selling a house. I hate it more than having teeth drilled. Without anesthesia.

Well, may the Schwartz be with Chuck on his birthday!

My husband would drool over that. Drool I tell you. One year my sister-in-law gave him a Vulcan chess set. It is in a hallowed place in his closet because 1) he doesn't want it to be broken and 2) he has no idea how to play it.