It's going to be a long summer 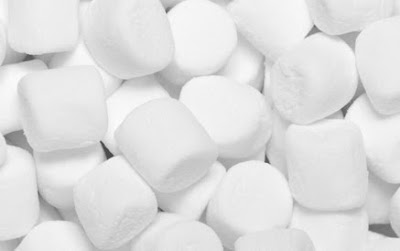 I still kind of do.

Peggy cares full-time for her grandson, Luke, who is four. We can see right into their living room, and the television is always on. She’s a single grandmother who works at home, so I know she’s doing the best she can but literally, the TV is always on.

On Friday, in preparation for my STD-ridden date night, I played hooky from work. My friend dropped off her three-year-old daughter for a few hours so she and Junior could play outside. After a few minutes I heard:

I’m not an unfeeling asshole, at least not all the time, so I invited the boy over. He doesn’t have a yard and from what I’ve seen (yes, of him sitting on his couch), he seems like a decent kid.

So there we were.

Three kids and me.

Finally, I gave them some LEGO people and told them to shut it. 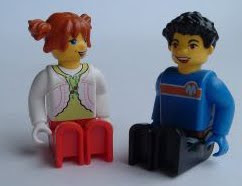 My friend’s daughter picked up two LEGO people and started a pretend conversation: “Do you want to go in my pool?” “No, I’m going to the store.” “Okay, well, good-bye.”

Luke looked at me and shouted, “WHAT is she doing?”

“Playing, sweetie. Do you want to—”

The more she made pretend chatter, the more Luke freaked out. I was starting to freak out. I knelt down and explained that she was playing make-believe. She was pretending and using her imagination. But he kept on with the “WHY is she doing that?” And he was, quite clearly, in shock.

Had nonstop TV turned his brain to caterpillars and marshmallow, too? Was it possible that a child couldn’t understand pretend play? I wanted to ask an expert, but the next available person was Chuck.

Morale of the story: Stay inside, but with your shades down and your windows open. Wide open.
at April 26, 2010

This is why I hated playdates.

You never know if you're going to end up with a lemon.

Oh my gosh. You crack me up.

Poor Luke, I want to blow up his TV and make him learn how to play toys.

Also, is it okay if I love Chuck a little bit?

That was pretty funny. And kinda sad. At the same time.

Did you pull his finger?

From what I understand imaginations went out when video games came in....

That's so sad and kind of scary. He, at least, must see children on TV playing pretend, right? Or Elmo pretending to be a Fireman?

More than two preschoolers at a time is usually a good recipe for a migraine. I probably wouldn't have expected that kind of reaction from imaginative play either but then again, he comes from a line of marshmallow/caterpillar heads so...

Your husband cracks me up!

Tell Luke he ain't seen nothin yet. Give us 24 hrs with him, we'll totally freak his freak.

That is exactly why I'm writing my own line of books for children, but sadly those who need it the most will never see them. That makes me so sad. And the farting too. Very saddening.

The way you tell a story is HILARIOUS, but I'm all sadfaced for caterpillar boy. Poor kid.

LOL He should understand pretend play. My kids are fascinated with kids their age between Walmart, neighbors and the Y, they have invited everyone they meet to our house to play. :S

That breaks my heart.

I don't know whether to laugh or cry...
Poor kid!

Lets take away that kid's TV and have him grow an imagination. Man! That drives me nuts.

Er...where is the remote? OK. Right ... time to shut that TV off before I look like a hypocrite. Again.

that is very sad.

Maybe he'll grow an imagination over the summer...while Junior and I are outside escaping Chuck's ass.

Words to live by. Thanks.

I'm kind of heartsick for that kid. Geez.

buahahah, you are hilarious...and that poor poor child.

Poor kid. My son has/had a friend just like him when he was little. The kid has dropped out of school so he can sit at home and play video games and watch TV. He probably weighs about 400lbs. His mom can't or won't help him. It's very sad.