My fondest memory ever, plus a winner

It was 8:43 a.m. I had just started up my computer when I heard a door slam across the office suite. I heard someone yell, “Don’t ever talk to me again!” And then I saw my boss running toward her office, away from another woman in the suite. My boss slammed the door. Her sniffling was audible through the paper-thin wall that separated our offices.

It was my first day of work.

After the sniffling subsided, I heard her doorknob clicking. Then, a few expletives. Then I heard what sounded like a high-heeled shoe kicking the door. There was grunting. More sniffling.

A few minutes later the maintenance team arrived. They tried opening the door. No luck.

“You bent the hinges,” one of them said. “Did ya have an extra bowl of Wheaties today?”

Moe and Curly Maintenance Men spent the next few minutes chuckling as they pried the door hinges and took the door off of its frame. Instead of taking the door with them when they were done, they propped it against the wall outside my office.

What followed was a day of raised eyebrows and questions by curious passers-by:

“Someone have an accident?”

It was my first day of work.

Now, a mere five years later, here I am designing the Bon Voyage card to my herculean boss so we can all sign it and wish her the best of luck. She’s taking an early retirement. Moving to New Hampshire to make cheese or plant carrots or whatever it is that crazy people do when they decide they no longer want to torture their underlings.

So I’m sitting here looking at this fricken card. And I really, really, really want to write, “Don’t let the door hit you in the ass on the way out.” Cause it’d be a special reference to that incident on my first day.

Somehow I don’t think she’d get it.

But do you know who did get it? A Nut in a Nutshell! 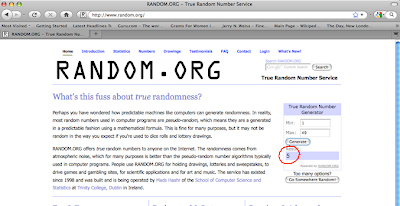 Thanks to the True Random Number Generator, she's now the proud owner of a Diamond Edition Snow White and the Seven Dwarfs Blu-ray Combo Pack DVD. I hope that whenever she sees the wicked witch she thinks of me. Er, I mean, of my suffering.

Email ThisBlogThis!Share to TwitterShare to FacebookShare to Pinterest
Labels: I should have quit that day

Yeah, probably not a good idea to write that in the card. DEFINITELY save that for your speech at the going-away party. :)

oh what a memory, don't write that though :)

You could draw a picture of a cheesy carrot. Less cheeky and quite surreal.

What a first day experience. I'd probably write it on the card but that's just me and I'm crazy and demented.

Loved your little play on words there!

How open praising her for her open-door policy??? Would that work?

That is one funny story!

I BLOGGED ABOUT THIS THE DAY IT HAPPENED. And now I can't stop laughing. Whooo.....

I wish my workplace were less demented, but it's not.

AHAHAHA!! I would have SO been tempted to write that on the card, too! What a memorable first day you had...

Congrats to blueviolet! Damn, I wish I were a winner instead of a loser... (snicker!)

Holy crap....how hard do you have to slam a door to bend the hinges?! WOW!

LOL - hard to believe all of that happened on your FIRST DAY OF WORK - WOW - I'm not sure I would have stuck around after so much drama on my first day! HA!

I don't think she would get it. Especially if she doesn't have a sense of humor. How about, "Have a nice life!" No, I guess that wouldn't work either. Good luck.

I love the card. I think you should do it. Okay, maybe not but it is funny.