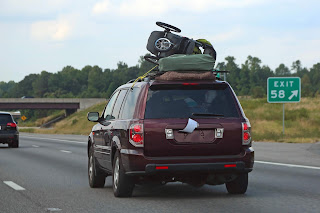 Well, I can't believe it, but Chuck and I actually moved from Mulletville Lite — along with Junior, age 12, Everett, age 8, and Cam, age four. Plus one very old cat and one very grumpy dog.

That's where I've been the last month or so: packing, tripping over boxes, packing more, wondering how in the eff we accumulated so much shit, crying, leaping for joy, and unpacking.

I've also been Googling the snot out of moving topics, like:

Should we really have moved our family? Really?

Will my kids hate me for making them change schools?

When will I know I've made the right decision about ripping my children from everything they know and love?

Can we change our minds and move back?

When will it stop feeling like I'm in someone else's home?

Making the decision to move from my childhood home and leave the neighborhood we had all grown to love was gut wrenching, but I had watched Chuck's health deteriorate the last few years from his long commute. Come Saturday, the man was laid out on the couch from driving 3+ hours a day from Mulletville Lite to New Haven.

When the new asshat governor was voted in and he started pushing for tolls and an increase in the gas tax, well, that was the icing on the cake.

Might as well hand over Chuck's paycheck, and his butt cheeks, to the state of Connecticut. 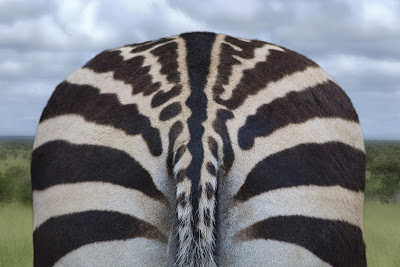 We'd been looking for a house for two years, but this spring, we really put the search on hyperdrive. We interviewed in other states (me, New Hampshire — too cold — and Chuck, Texas — too far away). We dragged the kids to open houses every Sunday. We chummied up to every realtor in the state, joining every MLS list we could.

Thankfully we were so busy looking at houses, we weren't having much sex.

Then, this June, we found it: a house we could afford that was 15 minutes from Chuck's work. More than that, it was a house we could love. We went to see it three times. We brought our parents, then the kids. We put in an offer and bam, it was done.

So that's it. Two months later — exactly one week before school started — we fucking moved. And for the first month, I walked around our new house like, Where the hell are we? I expected someone to come home and ask us what we were doing in their house.

But we are growing into it, little by little.

It's an OLD house, with light switches in weird places and a shitload of cobwebs. For the longest time, if I had to find a switch in the dark, I put on kitchen gloves before I searched along a wall for the switch. I vacuumed up all kinds of leggy creatures. The attic looked like something out of Harry Potter. One night, while I was reading in bed, I watched a spider slowly slink down from the ceiling and land on my page. I contemplated having the kids sleep with earplugs, just in case a spider wandered... 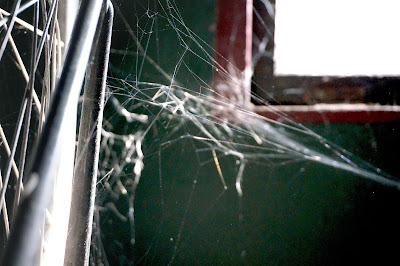 The windows are old, too. Some don't close at the top, which means all kinds of winged things sneak in. I have met every known species of moth. I'm sure, come winter, I'll have Swiss cheese for sweaters because, try as I might, I haven't been able to catch all the bastards. I'm sure, too, we are going to need those holey sweaters when the plastic wrap over the drafty windows stops working. But hey, we have Chuck, and his ass is intact!

So that's where I've been. Settling in. Trying to navigate new roads, enjoying the fact that Chuck is actually home for dinner and bedtime, and unpacking. Dear God, so much unpacking. 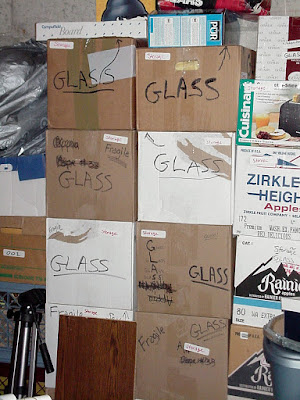 I can't lie though. Moving is hard. If you have kids, you have to help them adjust alongside yourself. We've experienced a rainbow of emotions, collectively and in our own spaces. I've thrown back a lot of vodka.

I try not to think about our old house too much. Like how the neighbors would text me if they noticed I left the side door open. I miss them so much my heart hurts. Or how I knew every creak of the stairs, the smell of every approaching season, the scuff marks on every wall, and the way the afternoon light filled the dining room. I watched my neighbors' children grow and vice versa. That house saw new babies come home, nine years of holidays and birthdays, new pets, old pets, snowstorms, hurricanes, flea infestations, Chuck's hemorrhoids...I could go on and on.

For fun, I went back in time on this blog and reread the post I wrote, nine years ago, about moving into that house. This is it:

Mulletville Lite is rampant with memories. I quiz myself: Would it be better to live somewhere totally new? Or is it preferable to go back to something I know? Does that make me small-minded? Will moving to Mulletville Lite mean my life is a record stuck on the same track of “remembers whens”? What about adventure? Exploration? The unknown?

It looks like I'm finally going to get some answers to my questions.
at October 01, 2019