Oh baby, can't we give it one more try? Or, does anyone want to buy a house in Connecticut? I didn't think so

We haven’t sold our old house in Mulletville Lite yet. Two months ago, when we moved out, we ran out of room in the damn moving truck, so we took only what we absolutely needed.

Life in our new house was glorious those first few weeks, when all we had was what we absolutely needed.

If we could have left all the other shit at the old house, we would have. But if we ever hope to sell it, it has to be empty. Obviously. So for the last two months, whenever we have a spare moment, Chuck and I flip a coin to see who gets to make the hour-long pilgrimage back to Mulletville Lite to pack up the car and drive more stuff to our new house.

Every time, it seems, it’s me. And every time I go back, I walk into our old house and am dumbfounded by the amount of stuff that’s still there.

I blame the children.

Before they arrived, Chuck and I enjoyed a minimalist lifestyle. When we drank all our booze we recycled the bottles, so they never accumulated. When we finished eating cereal for breakfast, lunch, and dinner, we recycled the boxes, so they never accumulated. There was no pre-, during- and post-pregnancy weight gain, so I owned maybe 1 pair of skinny jeans instead of 50. Ditto for Chuck. We slept in one bed, owned 1 blanket, and on Christmas gave each other 1 gift, which we recycled after we finished drinking it.

Then, bam, fucking kids. We SWORE we would never be “those parents” who let unlimited toys and useless crap into our home, but it happened. Grandparents snuck it in. Birthday parties happened. We loosened our stance. 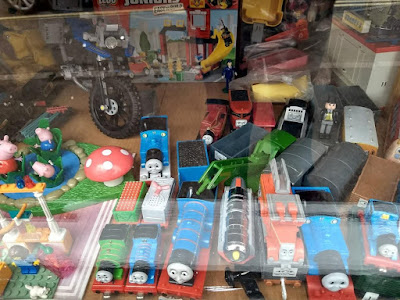 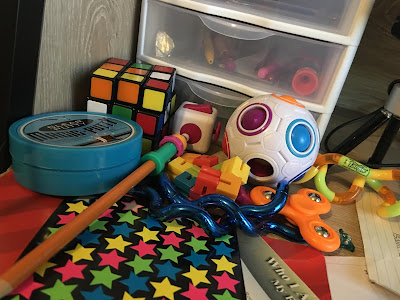 It’s not all the children’s fault, of course. Yes, they spent hours on the Island of Sodor and building LEGO sets, but we should have been more firm. And Chuck and I are just as guilty of accumulating stuff we don’t need. Candles, blankets, camping gear, picture frames. You name it, it’s in the basement. It needs to get the hell out of there — so what can’t go to Goodwill or animal shelters or local charities gets schelpped into the car and to our new house.

I won’t lie, though. I like going back to Mulletville Lite. It is kind of like having good break-up sex.

I get to stand in the kitchen, close my eyes and just remember what it was like to live there. I get to spend time in the neighborhood. There’s comfort in seeing the neighbor leaf blowing his leaves, in hearing the neighbor’s kids on their trampoline, in smelling the damp leaves through the windows. For those glorious few moments it’s just me and the old house.

Then I get to leave and be all kissy kissy with my new house. 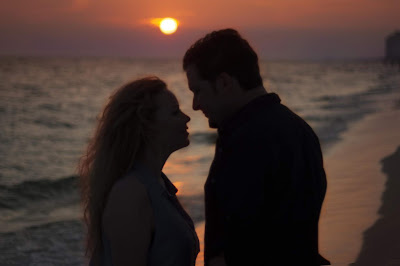 I know it’s ending soon — we have to sell before our bank account is empty of its last few cents — but for now, I’m relishing these pilgrimages. Even though it’s a 3+ hour commitment. Even though during one ride, a mango-scented diffuser spilled all over the car, and I wanted to gauge my nostrils out.

Even though after stuffing the car full of the toy closet, I started laughing maniacally as I sped down I-91 at 11:30 at night because I felt like a whacked out Santa Claus, the beat-up car filled to the brim with toys, in the middle of October.

“It’s all toys they don’t even know they have!” I told Chuck when I climbed into bed after midnight that night. “Half of the toys are still in the box!”

“Why don’t we just wrap all the toys up again and give them to the kids for Christmas?” I said.

“Mmmmhmmm,” Chuck mumbled. Even though he was half-asleep, his hand wandered over.

His hand kept wandering, as if to prove my point. I guess it really is never too late to try.
at October 22, 2019

Email ThisBlogThis!Share to TwitterShare to FacebookShare to Pinterest
Labels: a buyer's market, for sale, packing up and moving, selling home in Connecticut, selling your home, Stevie B.

Anywhere, ok? Just stash that shit wherever you can. But seriously. We've been living in our new town for just about four months and...